Posted on October 31, 2017 by AGirlUShouldKnow

This weekend was more exciting than I anticipated. I think my weekends (or weeks) were just as exciting in the past, it felt familiar.

Friday morning I went into the University of Austin for my MRI. I spent a couple hours there and learned that there are many damaged portions of my brain, including huge black spots in my amigydala, which is evidently where some sentient creatures are active when using magic.

I talked about it with the students who ran the test. They had some great feedback, and indicated that memories are not kept in specific locations, and instead of this erasing memories, it may have been an attempt to prevent me access to the memories instead.Maybe it can be fixed, or I might be like this forever. I let Rose know and she was so angry for me. What it does mean is that my memories are still there. 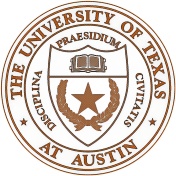 I then went over to Piper’s book shop to turn in my books. Talk about a weird public library feeling I get. We spoke about magic and he showed me his magic book room. He offered me the use of more of his books. I can choose what I want to learn now that I am starting from scratch. For the next couple of hours I hung around, flirted with him and took books on combat, body magic and research. We will see what seems to work for me.

Piper himself is interesting. Being half demon, with black veiny skin on pale body with black eyes. He is self conscious about how he looks, but he shouldn’t be. He is in good shape and very smart. He has been nice to me so far, and there is a paranoid part of me that wants to know what he really wants. If its a piece of my ass, that is fine, if he is just a nice guy that is more awkward

After I left Piper’s I secured some pizza and headed to the art flophouse that Cy hid at. I was met by Benson the troll at the door and I fed them, thanked the whole group. The house is less of a homeless flophouse and more of an art collective. There I met an older elf who was avoiding the elves in Dallas, a fairy who likes sugar on her pizza and is evidently a good artist, and several others that came and went.

I then invited Benson back to my hotel where we went and fucked before falling asleep, only to be followed up with early morning sex. It was worth it, and I have found myself a friend with benefit. I woudn’t say the most skilled, but definitely interested and he is an attractive troll with the correct body part I wanted to touch. It was pretty awesome the sized difference between us, and he seemed to be happy to be with someone so much smaller then him. His hands fit completely around my waist.

I was in an incredibly good mood after that. I had two great dance sets, lots of tips and things were looking up. Kylo showed up with news, Cherry the stripper I suspected of being bad, was a greater vampire and she had indeed been hunting people. Evidently she had been taking her victim’s money, killing them and eating them. Kylo wanted to know if I was up for a hunt. Of course, her ass is mine, and not in a hotel bedroom way.

We went to Randall’s house. A large woman who used to date the other guy who had his brain scrambled and died recently. She seemed still hurt by his loss when she heard I was the same as him and Kylo with the memory loss.

She had a Huntress altar and gave me a brief rundown on what happens. Personally I don’t see it, but I don’t trust in some divine being helping me so maybe it is a mutual thing. She is also a very good hunter who was easy to work with.

We tracked Angel down to her little crypt like box, pulled her out with a winch on the truck into the daylight and finished her off. Was also able to pick up some extra valuables from her house.

An approximation of Cherry’s change before she died. Evidently Japanese have legends of vampires too

I then got home to dick pics from Benson, talked with Rose about what happened with everything and got feedback from her. I am missing her a lot. I get the impression I relied on her a lot emotionally when I was working. Also, she really likes the pics, what a total slut. hahahah.

A middle-aged transgender gamer woman who grew up so poor it was only po. Who works in a white-collar job, graduating late in life. The most important part is I am married 30+ years to a wonderful husband and I have a pretty cool one-eyed cat named Tally the Pirate Queen (or Bitchy Princess depending on her day).
View all posts by AGirlUShouldKnow →
This entry was posted in Session Summary and tagged benson, cherry, kylo, piper, randall, sex. Bookmark the permalink.